I am a father.  I spent my Father's Day with my girls.  I think my father would expect no less.  (Sorry, proud father has to share photos of his beautiful daughters) 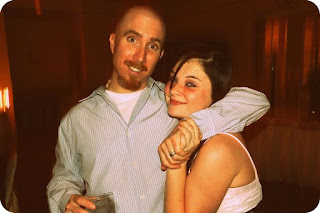 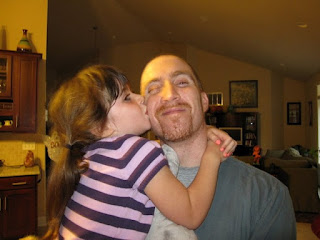 Because I spent the day with my daughters, I was unable to honor my own father, which is something I'd intended to do.

Everyone says their father is or was one of a kind.  Everyone is right.

My father was far from ordinary.  He was a hard working man and seemed to have the ability to will success through his hard work.  As a result, he was a successful man in both work and family. He was as honest a man as I've ever met.  There were no filters between his brain and his mouth (often times to his detriment) that made spending time with him an adventure to say the least.

He wrote a collection of memoirs before he died -endearing stories from his extraordinary life.  I'm going to share two of these stories.

Easter Chicks
One Easter, I got six dyed chicks.  They were red, green, blue etc.  I took good care of the chickens. As they grew to full size, most of the color faded away but some remained on the tips of their wings.  The green chicken was the leader and my best chicken friend.  They would follow me down the street, all six in a row.  I would sit on the front step of my father's grocery store.  The green chicken would sit on my lap and put his head on my shoulder.  The others would surround us. I remember the cars stopping on Brandywine Avenue to take another look.  But the chickens caused a problem.  At 5:00 a.m., they crowed.  Goy would get up at 4:45 a.m. to cover them so they wouldn't crow, but that did not work.  The neighbors complained.  Goy decided to have Nanny Travaglini, who lived across the street, break their necks. So dad put the chickens in a box and we went to Uncle Glen's in the country (Lyndell) to do the job.  It was Friday at dusk. I didn't understand what was happening.  When it was over, I cried.  To this day, I carry that childhood hurt.


Agressive Turkey
I remember going hunting for pheasants at Uncle Glen's house in Lyndell.  One day, I actually shot a pheasant.  How proud and amazed I was.  I walked over to the bird, and it was sitting looking at me with hopeless despair.  I never hunted again.


One day, I was driving down Poorhouse Road and in the distance, I saw an object in the middle of the road. I got out of my car and as I approached it, the turkey started toward me, shaking his feathers and jumping at me, leading with its sharp feet.  It chased me around the car and ended up between the only unlocked car door and me.  I could not get back in the car.  By this time, there were two cars and a pickup truck watching me run from the turkey.  The man in the pickup was laughing. He finally gout out and kicked the turkey into the brush.  He ran into the woods.  Cleveland Amory would have been proud of me.


Dad and animals seemed to have a magnetic attraction that always resulted in an amusing (sometimes heartbreaking) story.

To learn what kind a person someone is, look at how they treat their animals.