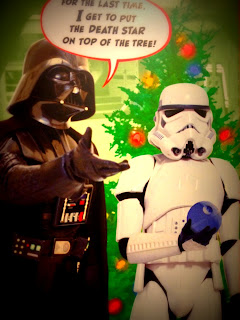 Twas the night before Christmas on a big metal star,
The Emperor just finished swinging well over par;
On a golf course inside the Death Star, you see,
Unexpected I'm sure to know there are three;

Stormtroopers were nestled all snug in their racks,
With visions of rebels running scared like rats;
Captain Needa in his onesie and I in my C-PAP,
Had just settled in for a brief cozy nap;

When out beyond the perimeter came a crash and a boom,
And I knew that Admiral Ozzel had showed up too soon;
Off to the bridge I strode in a mood,
To show that fool Ozzel he's about to be chewed;

The force round his throat made him sputter and cough,
Oops, too tight, oh well, time to invade Hoth;
When out of the darkened cargo bay came,
The coolest ground assault vehicle I'd name;

AT-AT I called it, General Veers, I let drive despite being mine,
Did you know he's the bad guy in Indiana Jones 1989?
Onward we trod shooting rebels left and right,
Until finally reaching the rebel base where I got to fight; 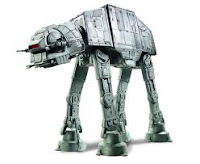 But away ran those rebels like Jawas from men,
Including that pansy Luke who I never thought I'd see again;
The Emperor was pissed at my failure that day,
I joke not when I tell you he took my dessert privileges away;

Like an empty-skulled Tusken Raider, Han Solo flew,
Into an asteroid field, that prat, so I commanded my crew;
Pursuit course of course what other course could I take,
For I knew more than my dessert privileges were at stake;

And then out of nowhere the Falcon did fly,
So I lit up his ass while sipping some chai;
Solo disappeared out of nowhere like a thin wisp of smoke,
And I knew it was time to give Needa the choke;

Bounty hunters I called, sick of being made a fool,
I accepted the price and besides they're quite cool;
There's Boba Fett whose the son of a clone,
Bossk the lizard makes everyone groan; (he smells really bad) 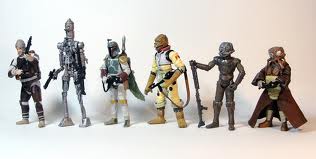 4-Lom the droid looks more like a stick,
But his partner Zukuss makes everyone sick; (part man, part fly)
IG88 is formidable all decked out in black,
And Dengar the turban guy seems to hold something back;

Now go, you lot, and find me that ship,
Or I'll end your lives with my killer force grip;
They went and it wasn't long until I got word,
From Boba Fett of all people -I'd always thought him a turd; 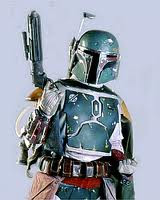 To Cloud City, I barked in another foul mood,
Try wearing this bloody mask all the time and not being rude;
We beat Solo there, how I don't know,
Regardless I was pleased to steal the show;

I got me a Wookie, some droids and a princess,
Han Solo got hot-dipped in Carbonite and now never minces;
Words and I'm glad because he'd never stop talking,
And I've got to get ready for Luke to start clocking;

My men in the face as he came looking for Vader,
Yes, me, but I'm ready with my pimped out light saber;
He swung and he jumped, it was cute when you think,
Then I lit him up good force-tossing a sink;

Over an insanely deep pit our fight would conclude,
I loped off his hand and then ruined his mood;
I'm Daddy, I said and he cried and I attempted to factor,
Why George Lucas couldn't find a better actor;

Oh well, done is done, Luke falls to his death, (I wished)
Back to the Star Destroyer to work on my breath;
Luke, your back, still whining, I see,
I suppose I'll see you in episode three;

Which is really episode six if that makes any sense,
I don't get it -just nod when George speaks in defense;
Of this crazy idea about three other fil-ums,
Recounting my childhood -ugh, the notion makes me want to kill 'em;

I digress, we are done, that's a wrap, it's the end,
I'm off to my ceramics class with my partner Sven;
So to all of you peons I'll say this just once,
The dark side's the best so don't be a dunce; 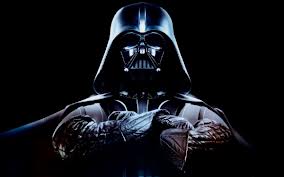 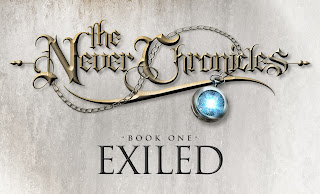 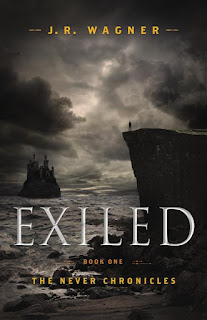