Another Kindle give away plus signed copy of Exiled and MORE


if we reach 5000 likes on MY FACEBOOK PAGE  before my release date (June 5th), I will hold a contest and offer the winner...

A signed copy of Exiled... 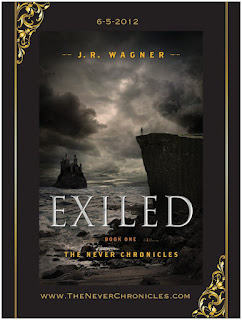 $30 to spend at The Never Chronicles store 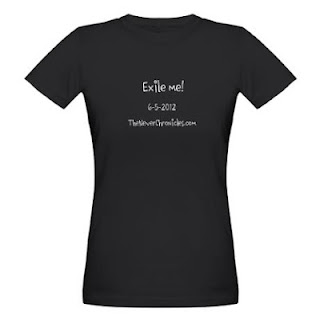 AND... a kindle loaded with the Exiled eBook. 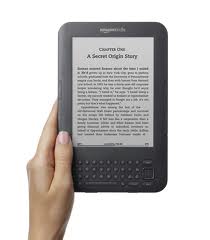 Life Changer -success beyond yourself

Over the weekend I went to a party to celebrate the 25th anniversary of my mother-in-law's adoption agency.  I went into the evening with expectations and walked out of the restaurant completely blown away.

Family Focus Adoption Services is not your typical adoption agency. I knew they were different, but I didn't realize how different -how cutting edge, passionate (the passion was palpable -yes! from a company in existence for 25 years) and innovative they were.

Those who spoke were phenomenal. Those who listened were captivated.  All the while as I watched, I tried to put my finger on what, after twenty-five years, could energize a group of people like this.

It didn't take long before someone said it.  They change lives.  They've changed lives.  Literally thousands of lives profoundly impacted by this group of dedicated and passionate people.  Despite all the impasses, obstacles and hurdles that they encounter nearly every day, the passion to make a difference in this world -not for them but for others, drives them forward. It drives them right through the barriers they come upon. It drives them to succeed and in their world, success isn't money or power, it's providing loving caring homes for people of all ages, ethnicities and backgrounds. When they succeed, they've made a difference -a permanent difference, a real difference in someone's life.

And then came my epiphany. What I envision for myself stretches beyond simply writing books people enjoy and into the successes that really matter -changing lives. If more people conducted business with a greater purpose in mind -something beyond the balance sheet, I wonder how much this world could improve? How much good could be done?

And the wheels turn a little faster...

I feel the need to apologize for not posting this week.  Things have been so crazy!  Tons of stuff going on with the book right now.

The CYWA draws into membership men, women, and children of diverse backgrounds and faiths, that together they may gain personal responsibility, dignity, and self esteem to help eliminate poverty and improve the quality of life in our community.


and we discussed great possibilities regarding collaborating on literacy and creative writing programs that can be piggybacked onto their House of Blues program. Very exciting!


That's about it for the moment!

Humanising The Heinous by Carlie Cullen

Nearly every Fantasy book I’ve ever read has at least one villain intent on causing as much harm or mischief as possible and while this makes for an exciting story, not every author treads the path to explore why the villain is the way he/she is. I have to wonder why this is; maybe it’s because the writer is wrapped up in the emotions and back story of the protagonists, maybe they are so busy making their villain evil and plotting the next dastardly trick that they forget to look at the true character behind the evil, and maybe they just didn’t think about it. 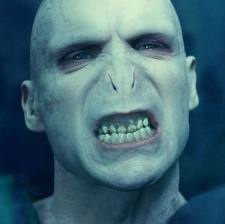 The most potential prize is a new award given to the entrant deemed to have an obvious flair for creativity yet still in need of some refinement.  This year's award winner is a fourteen-year-old student from California, USA.  She is currently working on 3 sci-fi/fantasy novels while attending school. Her love of writing, dedication and ability to tell an engrossing story is why Jessica Fine has been selected as the 'Most Potential" winner. Please enjoy her engrossing story.

Find information about my next writing contest, interviews, book news and more on my website.
www.TheNeverChronicles.com

Why are literary agents turning their noses up to proven authors?

I was told by a big-wig literary agent today, (who will remain anonymous...but he represents a MAJOR player in YA at the moment) when asking a general question to satiate my ever curious mind about whether he would ever consider representing an unencumbered (no agent, no publishing contract) author based on robust book sales, "I don't pay any attention to that." -"that" being book sales.

He went on to say that he has a better ability to forecast the sales potential of an author than actual readers who purchase the books...so rather than look at sales numbers which are an exact indication of the popularity of a particular author, this guy said "I will determine that for myself."

With what, I wonder, his crystal ball?

This is the problem with (not all but many) agents today. Their arrogance is blinding them to the money making potential this new model publishing market has set in front of them.  They'd rather base their representation upon one piece of paper (your query) and their gut intuition.  Are you okay with letting someone like that handle your work?

I cannot think of a logical reason why picking up unrepresented authors who have already had success in the marketplace would be considered more of a risk than throwing a new name out there and hoping for the best.

If arrogance was ever in question, he went on to say "I'll decide the way I always do: whether I want to make you the sweetest gift I have, namely a percentage of my brain."

So what part of your brain ignores what the marketplace (the readers) wants and relies on the tried and tested methods of an antiquated system?

It's like picking athletes for your pro football team from the local high school rather than division-1 colleges.  Once in a while you'll get lucky but most of the time the kid is a flop -not because he isn't a good athlete but because he doesn't have the street smarts a college program will teach him.

I don't get it.  What would prevent an agent or publisher from picking popular, unencumbered authors out of the marketplace? Fear that they've maxed out their sales?  that they've reached all their potential readers? Is that possible on a shoestring budget? -by which so many of these authors are limited. I think not.

I think this agent needs to re-read his copy of Who Moved my Cheese because not only has his cheese moved, but the maze is changing as well. 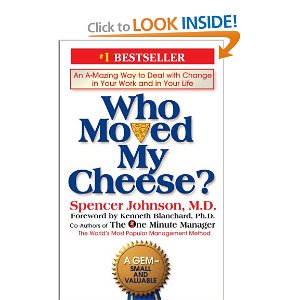 Dragon, My Darling  by Cat Cheatle

The inexplicable disappearance of Karma Radwyn

She punched the glass.  Not once, but repeatedly as the tears ran down her cheeks. With each strike she envisioned the face of a different girl behind the mirror.  Carolyn. Nancy. Amanda. Heather.  By the third girl, the mirror split.  By the fifth, a fist sized hole of shattered mirror replaced where her face had been reflected moments ago.  Bits of broken glass ripped apart her knuckles. She went on. Sobbing, cursing, bleeding, punching. The pain was there, but she was projecting it onto her victims as if they were feeling the throbbing of her wrist (certainly broken), the tearing of her flesh (what was left of it).

She couldn't help the anger. Couldn't control the pain.  Not physical but emotional -the worst of the pair. What made it the most infuriating was the reason behind their malice.   There wasn't one.  Karma hardly knew any of these girls before Monday.  She'd never had a problem with any of them -in fact, she didn't even realize several of them went to her school.  So why did they direct their hate at her? This she couldn't understand, would never understand and none of them, not one was willing to offer an explanation.

Small bits of shorn flesh mixed with broken glass meandered down the streams of blood toward the bottom of the mirror. The sound of the impact like a hand slapping the surface of a still pond.  On she went. Punching. Screaming. Raging.

Was it because she wasn't like them? Skinny, blonde, tan.  When Karma saw the girls she knew in the hallway,  she tried her best not to wince at the ridiculousness of their appearance. Orange skin from either a bad spray tan or time in a tanning booth. Hair so light she could see clear through to their scalps. Makeup so thick she wondered if, when they blinked, their eyelids would become stuck. So skinny they look malnourished.  She truly pitied them. Was that it? Her pity?  Had they seen it in her expression as they passed in the hall?  Could they have been so perceptive?  She doubted it.  They were too self-involved to notice anyone -especially someone like her.  Quiet, intelligent, creative.

A large piece of glass slid away from the lower left section of the wall-sized mirror and crashed to the floor.  Karma was in the old section of the school so she wasn't concerned about someone hearing the crash (or her screams and curses). The school had gated off the old section to 'preserve its antiquity' and only allowed people inside during parents night. Karma was on the school newspaper and frequented a basement supply room where new building met old to retrieve various items during one of their after-school brainstorming sessions.  She had seen the alcove before but never bothered to pay it any attention until, by chance, she dropped a large roll of paper.  Rather than coming to a stop on the floor, the paper rolled, picking up speed as it went, until it reached the semi-circular alcove. As she stooped to pick up the paper, Karma noticed something on the wall.  Line-of-sight from the hallway would have prevented the causal visitor to the supply room from noticing the cast iron ladder bolted into the wall just above her head.

As the echo from the glass receded, a sharp pain surged up  Karma's arm to her elbow. Despite the pain, she cocked her arm back to throw another punch.  Something made  her pause.  She thought it was a result of the light of the slit-like windows reflecting off the broken glass so she stepped to the side where the mirror was still in relatively good condition. There it was again.  A flicker in the distance -like a candle.  Impossible yet it was there.

It grew brighter revealing a passage.  That's it, she thought. I've driven myself to madness.  The enormity of the situation sent a surge of fear and anger through her body.  Without my mind, I am nothing, she thought.  She charged at the broken mirror head-first, hoping to knock out whatever hysteria had taken over. With powerful thighs, Karma pushed herself forward...and was gone.

The Egg by Emma Grimm