Well, after hours of anticipation, the Star Wars episode seven, The Force Awakens teaser trailer has released. Watch it below...


So, after digesting the first taste of JJ Abrams' first dishing of the re-birthed series...

It was very JJ Abrams-esque with the voiceover that sounded quite a bit like Benedict Cumberbatch (Kahn in Star Trek Into Darkness), the lighting and atmospheric changes as well as how the camera follows the Millennium Falcon all harkening back to Star Trek filmography, which is a good thing if you've seen the films (awesome!).

The first character we see is John Boyega popping his head up into the shot wearing what looks like a storm trooper uniform with a very confused/concerned expression. 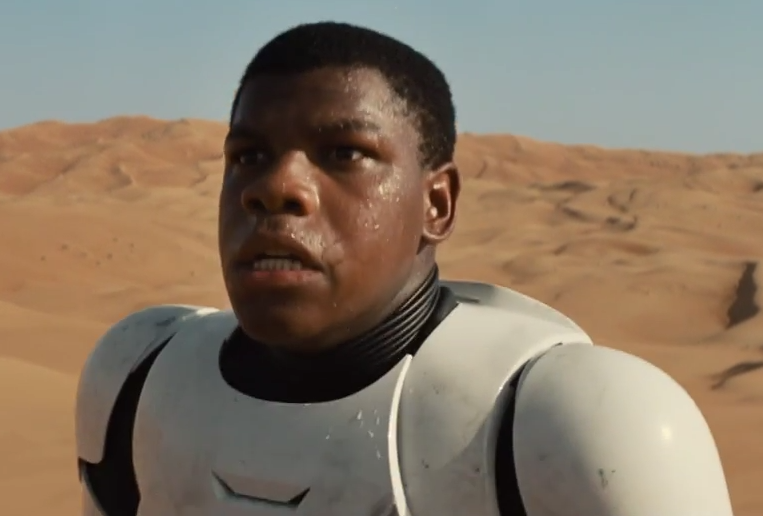 Then we (unfortunately) cut to what looks like a droid designed by David Beckham rolling through what appears to be Tatooine.  I say unfortunately because the silliness of it reminds me of episodes 1-3, which I was hoping Abrams would steer away from.  Hopefully this shot is followed by John Boyega punting the thing to Alderan.

Next is a super-cool scene of a group of stormtroopers on a ship preparing to disembark. Lights flashing, camera shaking, dark -very promising. 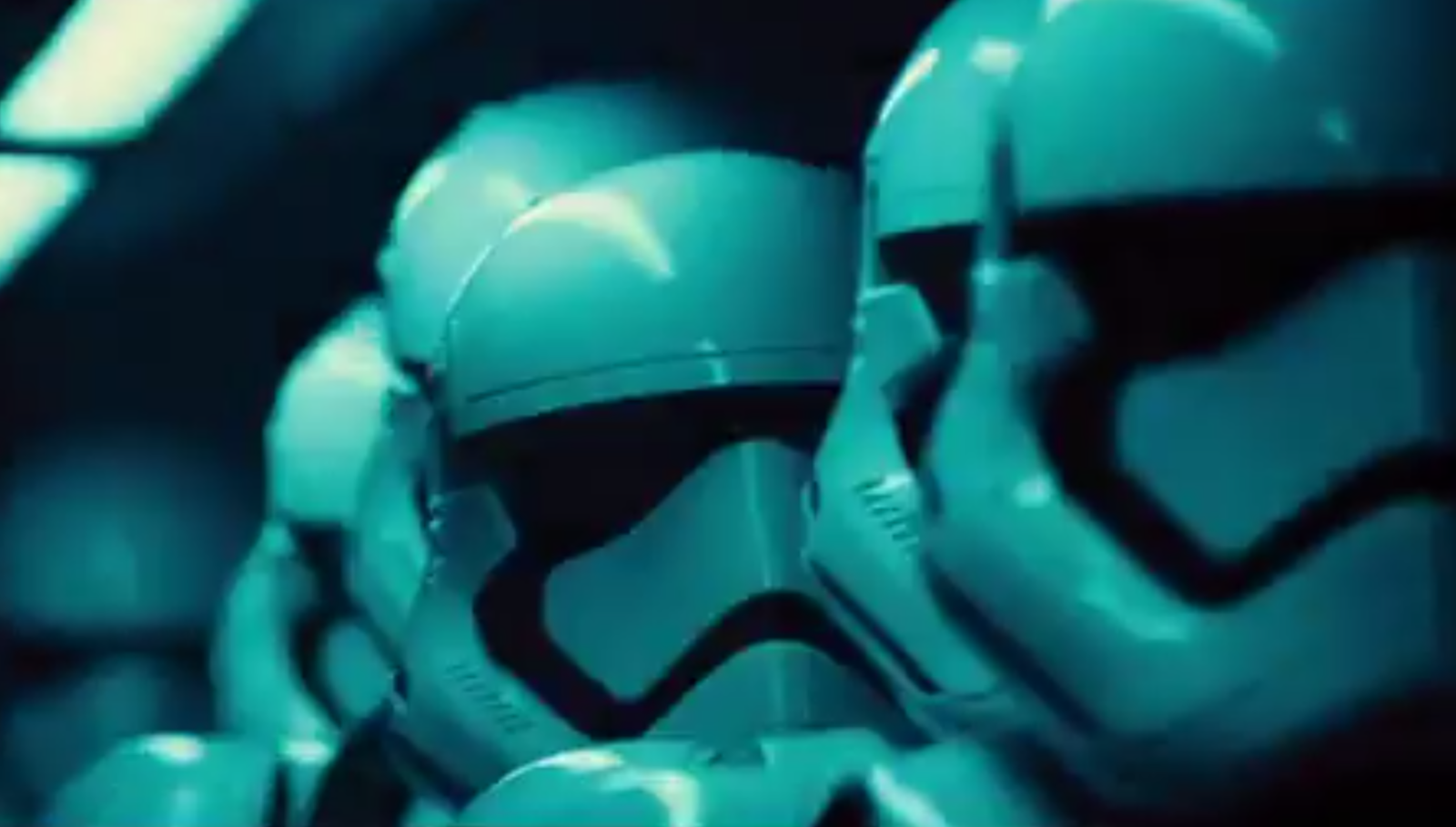 The next actor we see is (I think) Gwendoline Christie zipping away on a speeder of some kind (also on Tatooine. 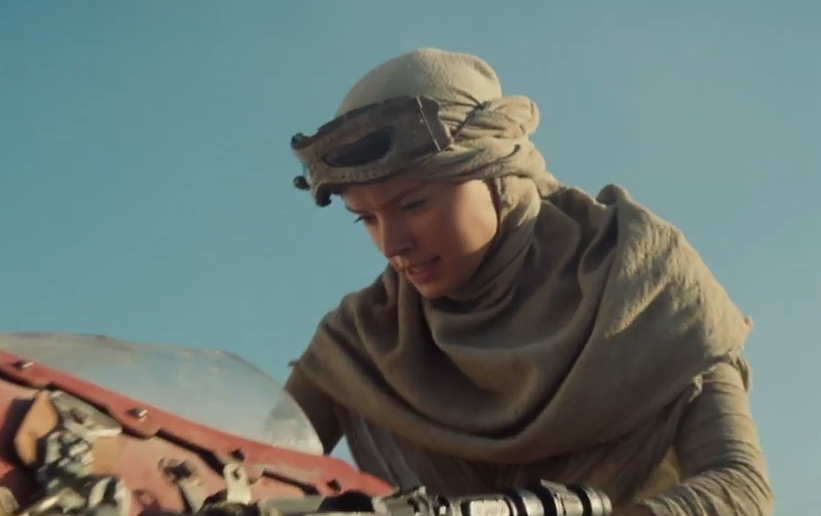 It is clear in this sub one second scene that her acting abilities surpass any exhibited during episodes 1-3 so again, promising.

Next a fleet of X-wing fighters zip into frame over a lake.  A very cool shot -we haven't seen them in action in a non-space/futuristic environment before (I don't think).

Then comes the coolest part of the teaser for me.  A person in black walks through a dark snowy forest and ignites a bad-ass looking lightsaber. 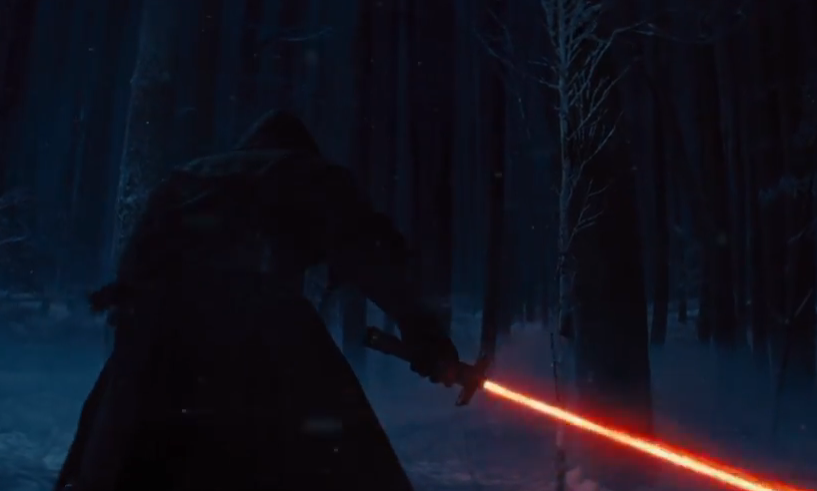 The lightsaber ignites in two phases. First (above) is the regular 'blade' extension then (below) out pop two short flame looking things.  The entire lightsaber glows more like fire or lava with a touch of lightning...very bad-ass. 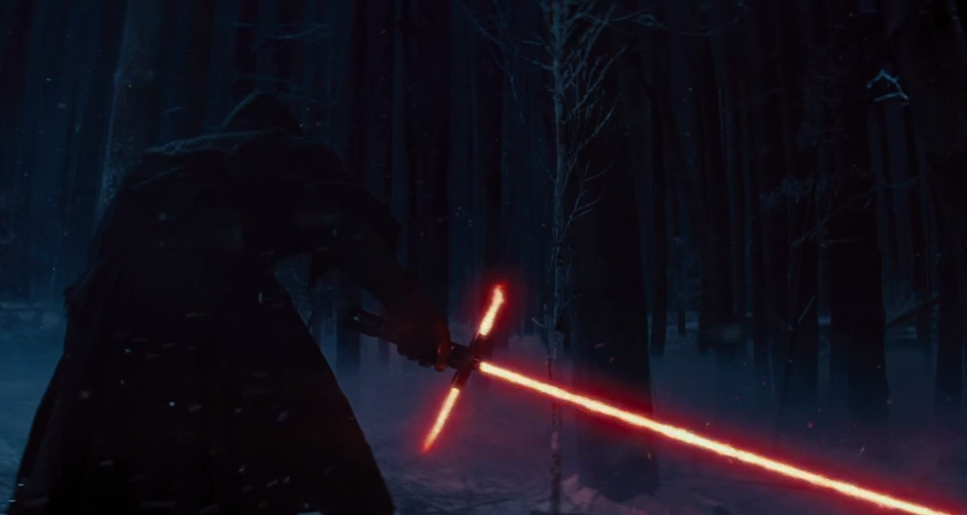 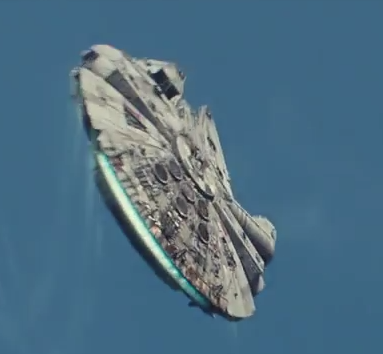 The last scene we hear John William's unmistakable introduction followed by a sequence where the Millennium Falcon does a cool loop through the air and along the ground before engaging with Tie-Fighters.  The camera work is marquee Abrams. 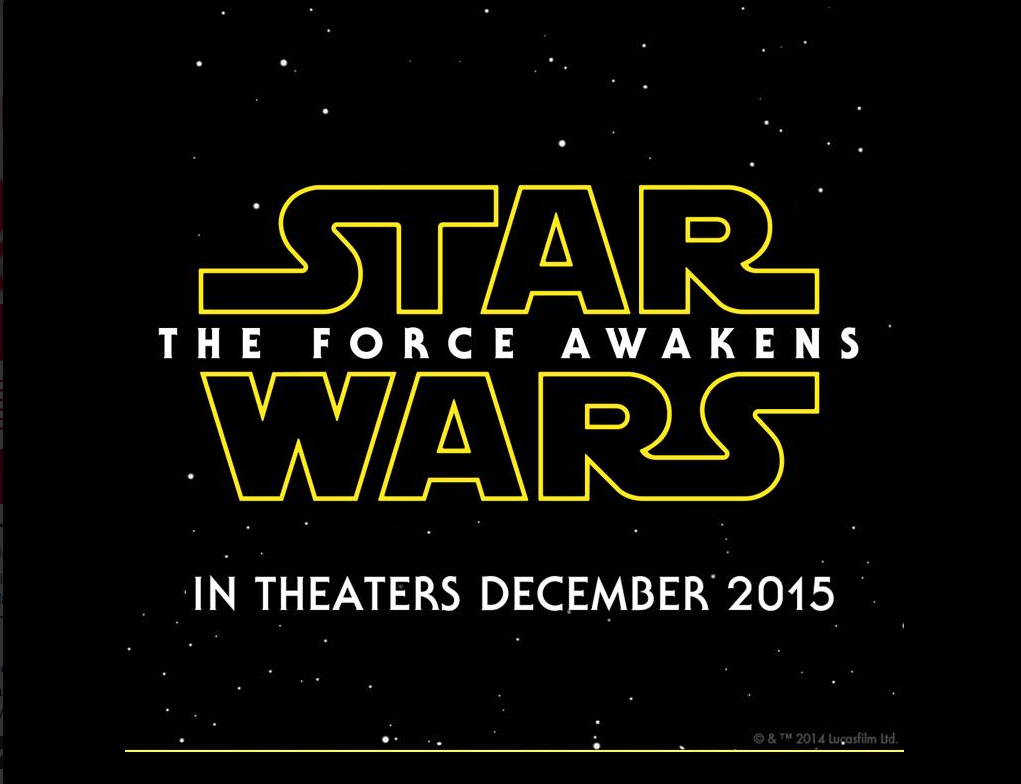 So, in my opinion, it looks promising, which means it looks like it won't be the train wreck that was episodes 1-3. Just sayin'.

One space or two? No more double spaces after the end of a sentence -it's killing me! 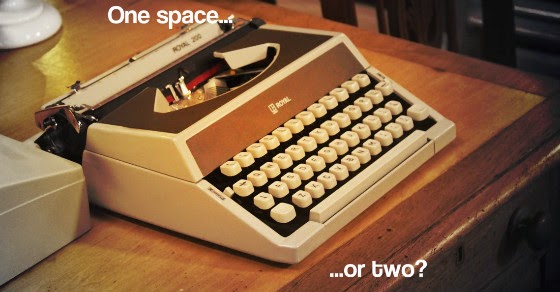 I learned ‘typewriting’ in high school…on typewriters (much like the one above).  It was beat into my head that when you end a sentence, you hit the space bar…twice. Two spaces.

Since then I’ve heard whisperings and rumors of the double space falling out of favor but, like an ostrich, I have buried my head in the sand and kept working the double space.

My editors never said boo about my manuscripts having double space (in my defense) so I let the issue go. They were probably worried if they brought it to my attention it would hurt my feelings. (ha)

…until one day in the embarrassingly not too distant past, I actually looked it up.  The Chicago Manual of Style is a reputable source in my opinion and this is what they had to say on the matter.  This is a direct quote from their website but I’m going to highlight some phrases for those who don’t like reading anything longer than three sentences without an indent (like myself).

The view at CMOS is that there is no reason for two spaces after a period in published work. Some people, however—my colleagues included—prefer it, relegating this preference to their personal correspondence and notes. I’ve noticed in old American books printed in the few decades before and after the turn of the last century (ca. 1870–1930 at least) that there seemed to be a trend in publishing to use extra space (sometimes quite a bit of it) after periods. And many people were taught to use that extra space in typing class (I was). But introducing two spaces after the period causes problems: (1) it is inefficient, requiring an extra keystroke for every sentence; (2) even if a program is set to automatically put an extra space after a period, such automation is never foolproof; (3) there is no proof that an extra space actually improves readability—as your comment suggests, it’s probably just a matter of familiarity (Who knows? perhaps it’s actually more efficient to read with less regard for sentences as individual units of thought—many centuries ago, for example in ancient Greece, there were no spaces even between words, and no punctuation); (4) two spaces are harder to control for than one in electronic documents (I find that the earmark of a document that imposes a two-space rule is a smattering of instances of both three spaces and one space after a period, and two spaces in the middle of sentences); and (5) two spaces can cause problems with line breaks in certain programs.
So, in our efficient, modern world, I think there is no room for two spaces after a period. In the opinion of this particular copyeditor, this is a good thing. 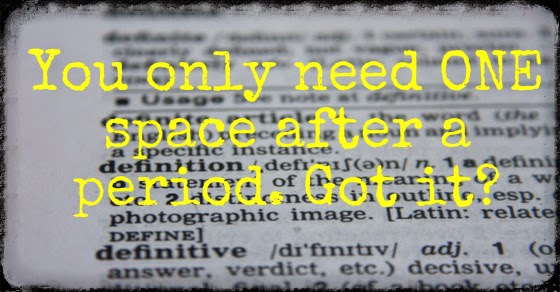 Boy, training myself not to do the double tap is quite a challenge (thank goodness for find and replace -yes it works for spacing).

Oh and if you look hard enough, you can probably find a double tap after a period somewhere in here...old dog, new tricks. 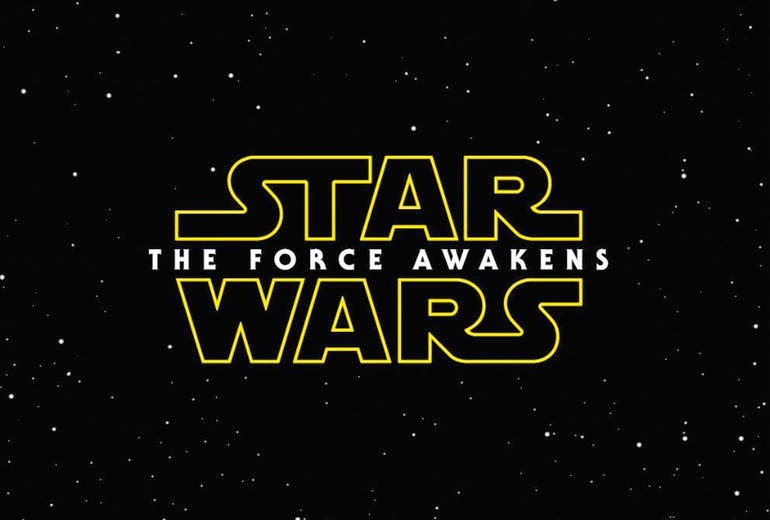 As a Star Wars junkie, I'm sure you know that the title of episode seven was announced earlier this month. The title left me feeling cautiously optimistic.
Star Wars, The Force Awakens.

Just to back up a few steps -after the last three films (episodes/debacles 1-3), I was left disheartened with the franchise (see my rants HERE ).  When Lucasfilm sold to Disney, I was excited.  No more George Lucas (sorry, bro, everyone's time comes eventually), no more crappy casting and vomit-inducing love scene dialogue. I was even more excited when I found out that JJ Abrams was slated to direct.
He did an amazing job resurrecting  the Star Trek franchise with Star Trek and Into Darkness, directed Super 8 (awesome movie) and Lost (best TV show EVER). Then they released information about the casting…including casting some of the originals, which horrified me (see THIS blog post for more on that). 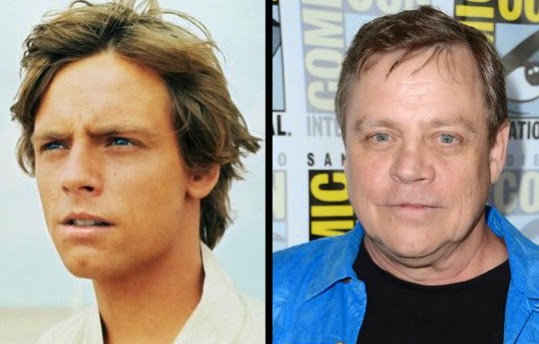 Then, primary casting was announced  and I was slightly relieved.   Good potential -especially with Abrams at the helm. 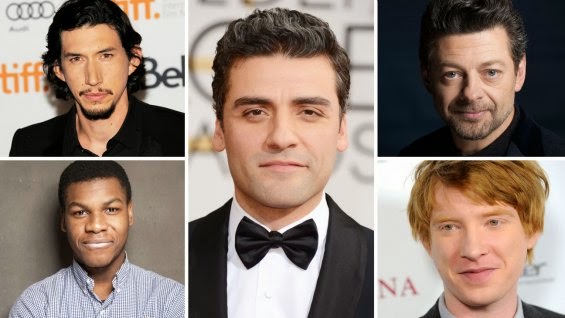 Okay now we are current.

The name releases.  Star Wars, The Force Awakens. This could be good, right?

My first thoughts are negative (unfortunately -damn you, George Lucas for making me so pessimistic!)

Can the force sleep?
Are all those little Midi-chlorians taking a cozy little nap?
Who/how are they going to be woken from their comfy beds?

At the end of episode VI (Return of the Jedi) Luke is the reigning bad-ass when it comes to the force (possibly the only one) and his sister, Leia has ‘the force’ in a very fledgling state. The end.

So 30 years later what has happened to the dynamic duo (Luke & Leia) to cause the force to fall into obscurity?

Here is where the positive thinking comes in.  Something bad had to happen, right? Something dark and very JJ Abrams-esque. Perhaps the collapse of the Rebellion, the banishment of Luke and Leia, the destruction of Endor, Naboo and every other annoying character, species and storyline Lucas created? 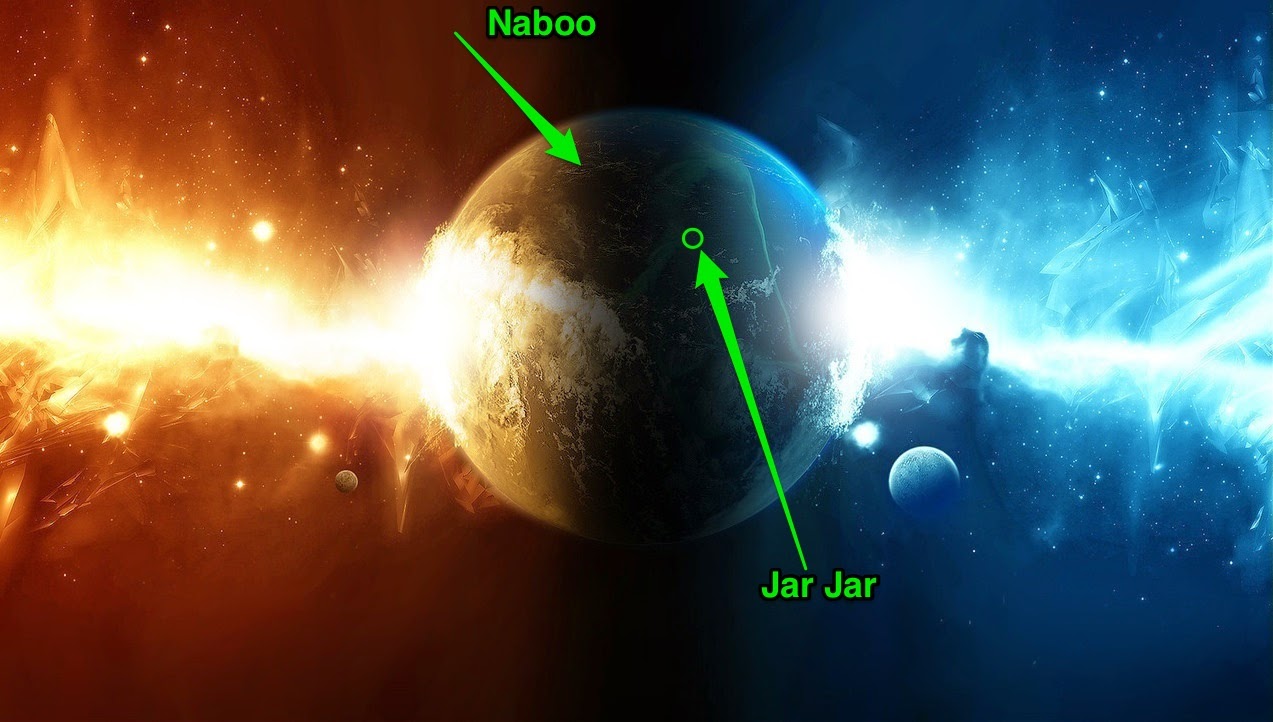 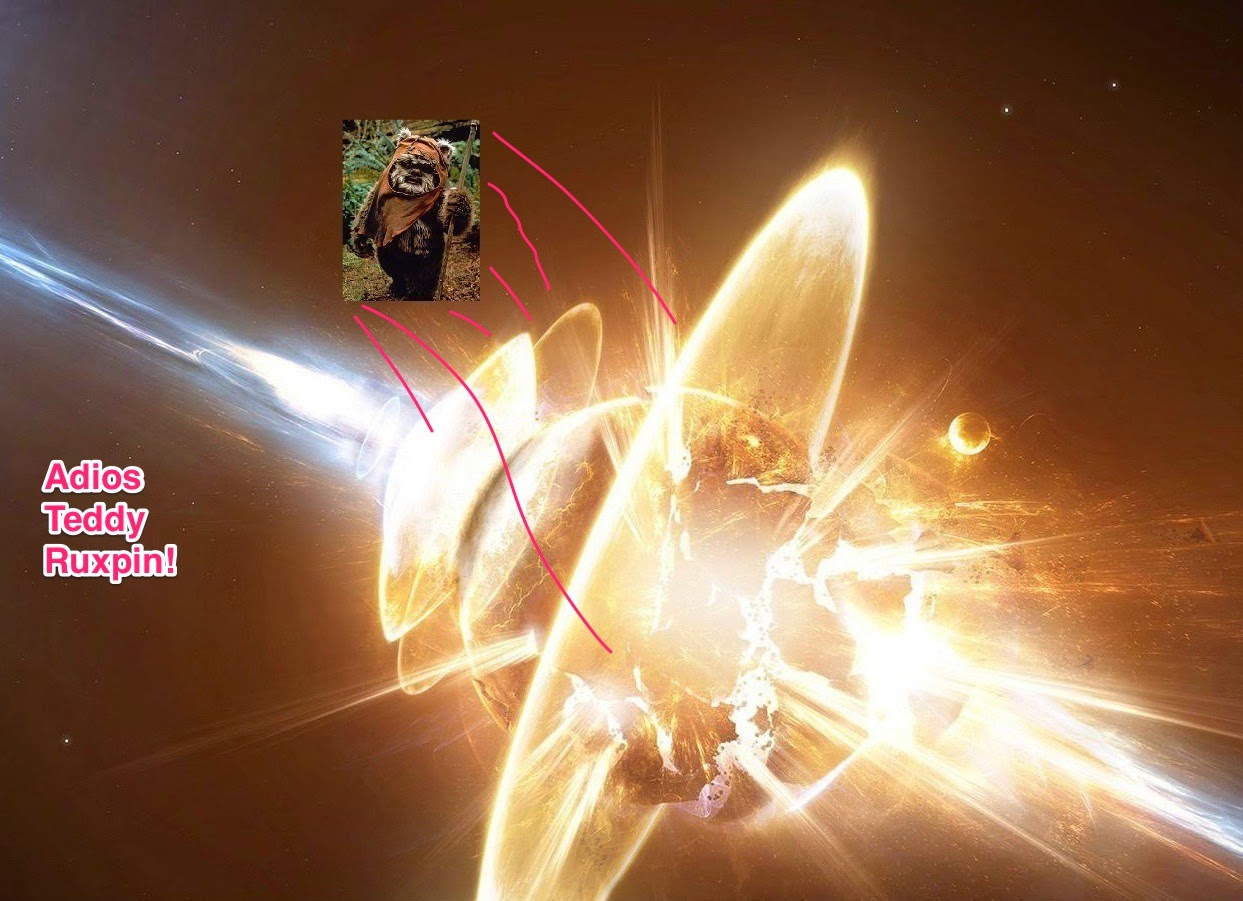 Things are looking up for sure.

According to THIS ARTICLE  from IGN, Disney may debut a trailer within the next 4-5 weeks.  Sweet! (fingers crossed)

So, with any luck, the galaxy is in ruin, the original cast is banished and occupies about twelve seconds of screen time and an awesome re-booted franchise is birthed.

There is a GREAT ARTICLE with several fan-made Star Wars VII posters worth checking out.   Two of the coolest (and two of the funniest) are below. 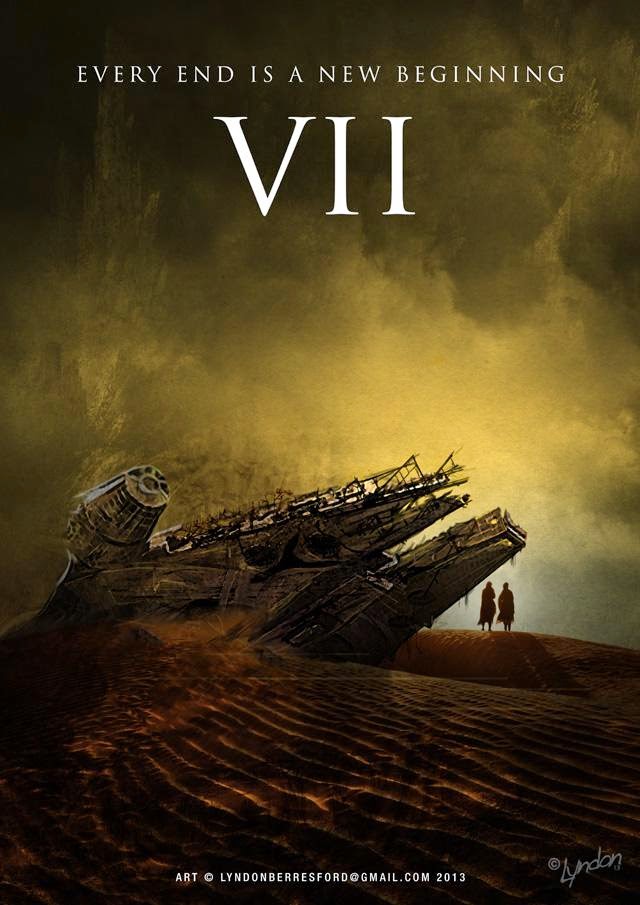 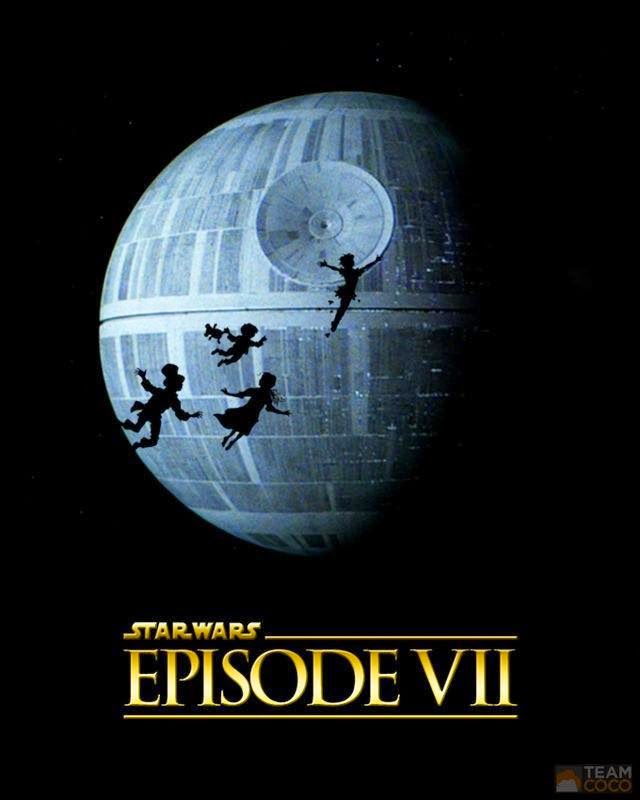 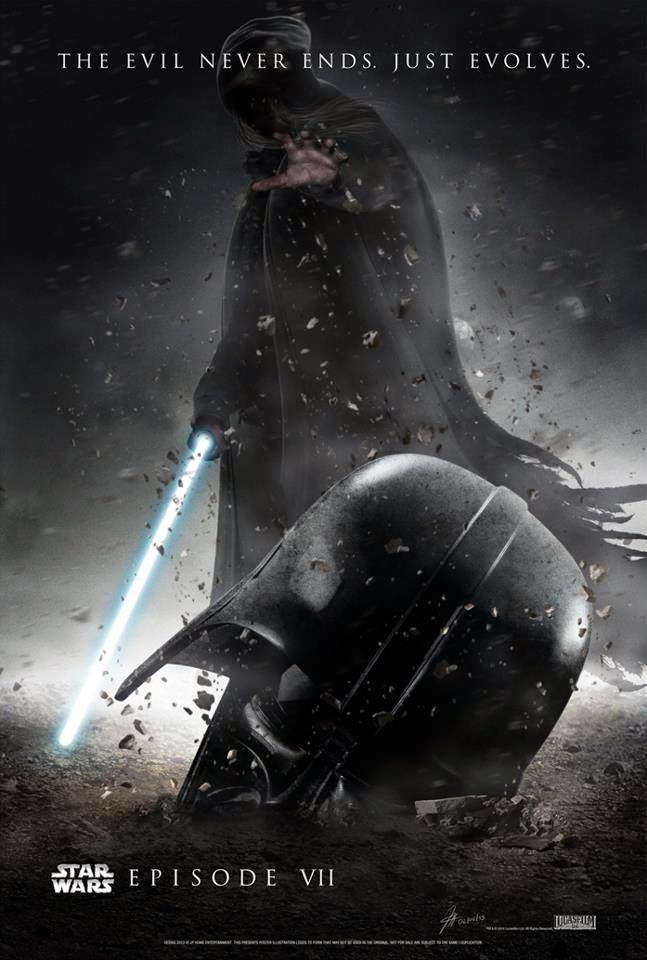 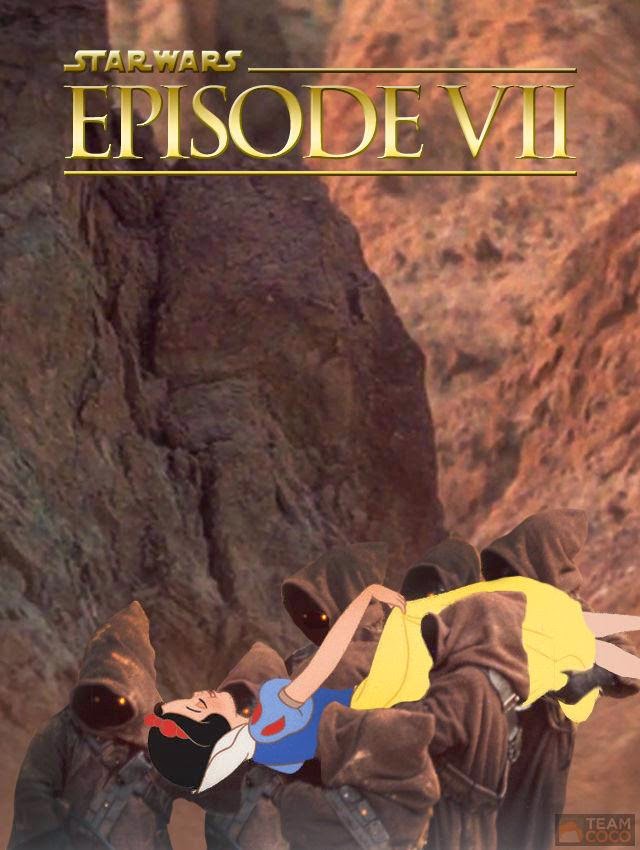