by Mara Nelms
It’s interesting, right? I mean, living forever, that’d be pretty cool. You’d probably get to see those hovercars that we keep hearing about but which nobody has bothered to invent yet.
You could do absolutely nothing day after day after day, and not be wasting time because you’re going to live forever!
Or you could horde information. That’s what I would do. Just horde knowledge, invent some cool stuff, cure cancer, you know, the usual. Jetpacks, here we come.
Or you could surf the internet forever; that’s a worth-while use of time!
Of course, there are a few downsides, namely that everyone you know and love would eventually shrivel up and die, but whatever, right? Just think of all the stuff you could accomplish!
Like… going to high school over and over again. And seducing a seventeen-year-old. And living with a whole bunch of other immortal people in a boring town in the middle of absolutely-*effing-nowhere, in some place where the sun can’t be bothered to shine.
Sounds fun, right?
Because we all loved high school, right? Like, if you were immortal, you would totally want to just keep enrolling yourself in different high schools, again and again, see the same type of two-faced girls and the same *d-bag guys who haven’t emotionally matured since second grade—and let’s not forget those kids who are always getting high, we all missed them!
Okay. I’ve exhausted my ability to be sarcastic. 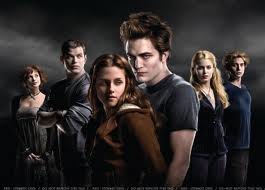 Maybe you haven’t caught on yet, but yes, I am talking about the Cullens. If you still don’t know what I’m on about, good for you! You’re still pure. Just remember, if you ever become immortal, do something fun.
Now, I could rant on about how awful the writing is, or how sexist it is, or how unrealistic it is, or any of the thousands of other things that are wrong with the Twilight series, but I won’t. Because I’m honestly more annoyed by the wasted immortality.
I would love to be immortal! I think that would be awesome. Mostly. I would like to have other immortal company, so that I don’t get bored and lonely and depressed, but other than that it would be cool. (By company I mean I would totally make my cat immortal.) I could write several pages on all the crap you could do if you were immortal, just because you had the time! Like, you could watch mold grow on cheese. You could watch coal under pressure get squished into a diamond. You could watch humanity evolve!
Or, high school.
Yup. Wow, what a choice.
That is why the Cullens are awful, unrealistic, ridiculous, poorly-thought-out characters. No one would ever willingly repeat high school. Especially not over and over again!
I’m fairly certain that for most of us, high school was a fairly traumatic experience. It had its good days, but in general just sucked. Even the people who liked it, though, wouldn’t go back! There just isn’t any reason to.
If you ever looked up the leaked bit of Midnight Sun, you would see that Edward was practically catatonic from boredom in the beginning. So then, why is he there? It’s not like he has to go. I’m pretty sure he could go get a job, or go to college, or even just chill out in the woods. Nobody’s making him! He’s not even required by truancy laws or anything, because he’s like a hundred years old, guys.
I just—I don’t understand. Am I the only one? The Cullens could do something better with their time than needlessly repeating high school, right?
You’re stupid, Stephenie Meyer!

*in an effort to keep this blog PG13, I changed two words.  I'm not a fan of censorship but my readers range in age from thirteen on up and generally don't see that type of language from me or my posts.  Thank you for understanding. (not that they can't figure out what the word is supposed to be anyway) 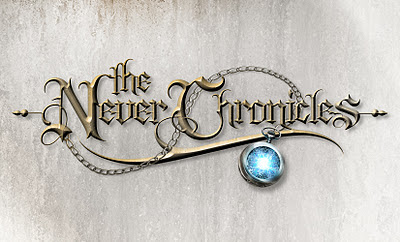