There are two movies every teenager must watch -especially teenage boys.  Yes, they are older films, but the production value is still top-notch and there is much to be taken away from both movies. 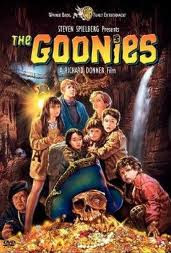 The first film is The Goonies -and what a great film it is. Directed by Richard Donnor and written by the great Stephen Speilberg, The Goonies, in a one sentence synopsis is about a group of kids who embark on a wild adventure after finding a pirate treasure map.


But that's not really what the movie is about at all, is it? (for those of you familiar with the film) It's about childhood.  It's about growing up.  It's about friends -the best of friends going on an amazing adventure together and in the process, discovering themselves.


This film is wrought with humor I still appreciate as an adult (which could lend to the argument that I still have the mind of a teenager).  The cast works flawlessly together.  Growing up, I had friends just like Data and Chunk and Mouth and Mikey.


After seeing this movie, I would dig around in my parent's attic hoping to find a mysterious treasure map that would lead me on a wild adventure just like The Goonies. Like many films, it is about escape.  Every character is longing to escape the lives they're currently living.  Many of their homes are going into foreclosure and at the end of the summer, they'll be splitting up and moving away as a result.  Even the bad guys -the Fratelli's, are escaping albeit escaping the law isn't as noble a motivation as escaping lives that are changing for the worse like The Goonies -who end up, ironically, trying to escape the Fratelli's most of the movie.


In an endearing part of the film the outcast of the outcasts, Chunk (we all know him, the funny little fat kid) makes friends with Sloth -brother/son to the Fratelli's who is chained up in the basement of their hideout because he has facial deformities.  The unusual pair end up saving the day (in theatrical fashion).


If it's raining and cold outside, The Goonies the movie to watch.  The combination of humor and adventure is unmatched and it will leave you yearning for your own adventure (or at least to set up a killer Rube Goldberg contraption in your front yard).

Film number two that is a must-see has a much different tone than The Goonies but it is nevertheless one of the greats. 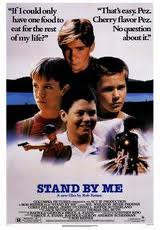 Stand By Me is not only a great movie for teens, it is one of the greatest movies of all times.  Written as a short story by Stephen King, directed by Rob Reiner Stand by Me is the story of an author recounting a childhood memory of him and his friends spending several days one summer searching for the missing body of a local boy.


This is a much deeper film than The Goonies yet it contains some of the same underlying themes. Friendship, growing up, boyhood.


Each of the characters in the foursome has problems at home that rise to the surface throughout the film in a much more visceral way than in The Goonies.


The boys each learn about themselves during their journey.  Each is able to push through moments of self-doubt and persevere. Also loaded with humor to offset the drama, Stand by Me will send those with an open mind on an emotional roller coaster.


Again, I am reminded of my childhood when I see this film. I recall many Stand By Me inspired walks into the woods behind my house that resulted in getting lost, scaling cliffs and running from unseen (but heard) dangers with my friends.


The last line of the movie, typed onto a computer (it may have been an electronic typewriter -it was the 80's) still holds true (for me anyway).


'I never had any friends later on like the ones I had when I was twelve. Jesus, does anyone?'


I'm fortunate enough to have remained friends with several of my twelve-year-old buddies and although our lives have grown apart, when we are together, it's as if we've never left.